The Feiyu WG2X is a wearable gimbal for GoPros and similar action cameras. It’s heavily based on the WG2, undoubtedly the most popular GoPro stabilizer from FeiyuTech’s range. The new model, introduced a year after its predecessor, was conceived as an upgrade. In today’s review, we’ll see if it’s really a step up and what’s different about it. 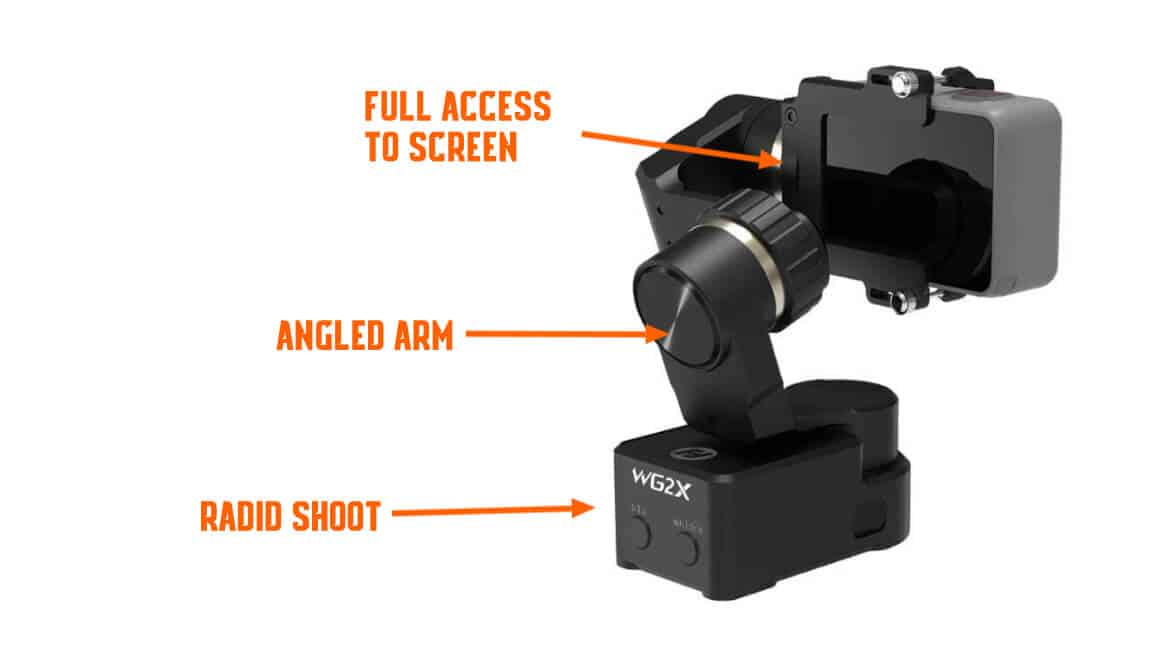 The WG2 had IP67 protection and was officially waterproof. Surprisingly, the manufacturer has foregone this feature, and the WG2X is only splash-proof. Arguably, this doesn’t make much difference: according to customer reviews, the earlier model didn’t actually fare well in water sports.

However, there is a number of improvements in other respects. The weight of the gadget has been reduced and stabilization performance refined.

The gimbal’s arm is now placed at an angle, which means the camera is better positioned when you wear it on your chest. Most importantly, you have full access to its screen. It’s nice to see that numerous complaints about the WG2’s arm obstructing the GoPro’s display have been taken seriously.

A new shutter and mode buttons are also welcome features. Unfortunately, they replaced an additional tripod mount that used to be at the back of the gimbal. Now there’s only one left at the bottom. 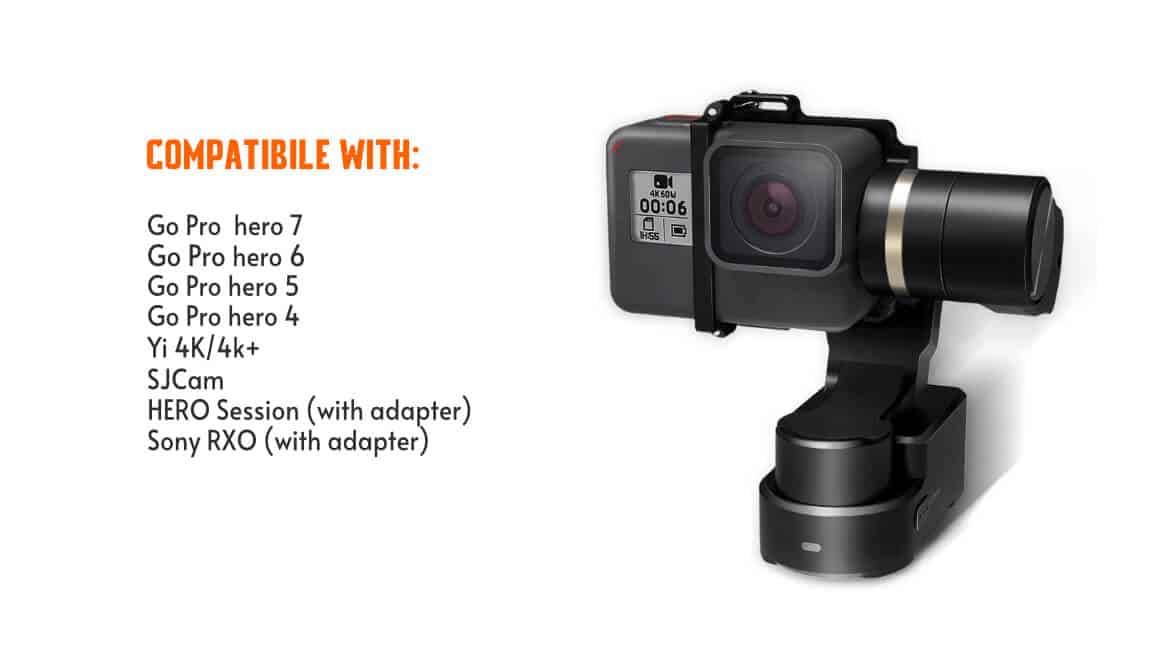 The stabilizer supports the GoPro range as well as many other cameras with similar dimensions and a maximum weight of 135 g. This includes GoPro HERO7, HERO6, HERO5, HERO4, Yi 4K/4K+, and SJCam. It also comes with special mount adaptors for the HERO Session and Sony RXO.

A standard 1/4 threaded hole at the bottom allows you to use various accessories, such as tripods, selfie sticks, chest harnesses, and shoulder straps. If you’re a cyclist, you can mount the device on your helmet or handlebar. A small tripod is included in the box, which is a nice addition. 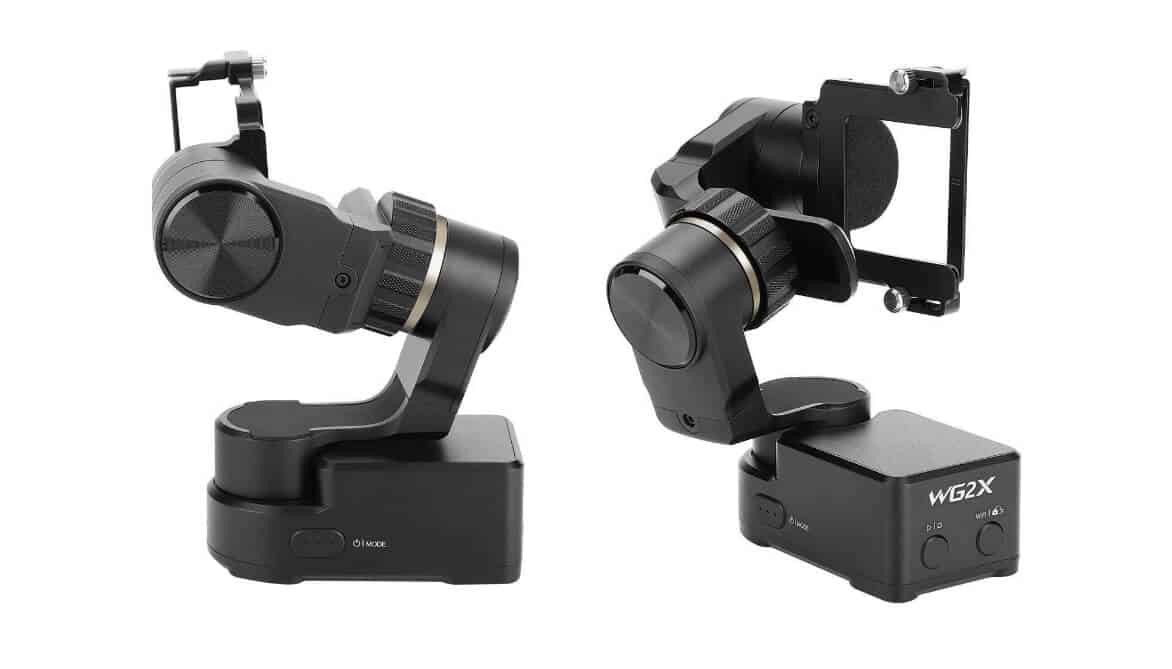 The WG2X has mostly inherited its design from the previous model, the angled arm being the only prominent modification.

The gimbal can boast a 360° range of motion in the pan and tilt axes, which is impressive. Most of its competitors can’t match that. For example, the EVO SS and the Zhiyun Rider-M have a limited range of 320°.

The body is made of aluminum and ABS plastic. Due to this, the WG2X is 27 g lighter than its all-aluminum predecessor.

All of the common actions can be performed by the shutter button and the mode button. This means you can easily record video without fiddling with your camera or phone app.

Unfortunately, you do have to fiddle with hand screws to mount the camera. This might be a nuisance unless you are already used to FeiyuTech’s stabilizers. 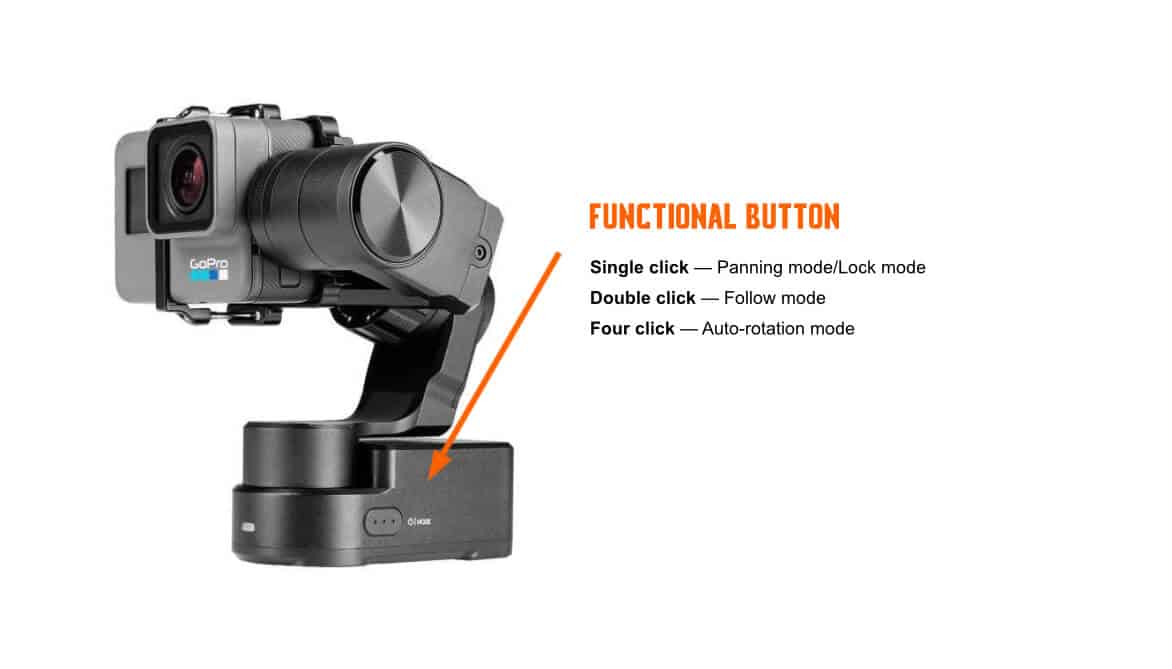 Like most 3-axis gimbals, this one has three shooting modes. You can switch these by pressing the button or using the Feiyu ON app on your phone.

There is also the auto-rotation function, which is helpful when it comes to timelapse videos. You can set the trajectory and adjust rotation speed in the companion app.

Many other stabilizers offer no way of checking which filming mode is activated, which is rather annoying. However, in this case, you just have to look at the LED indicator. 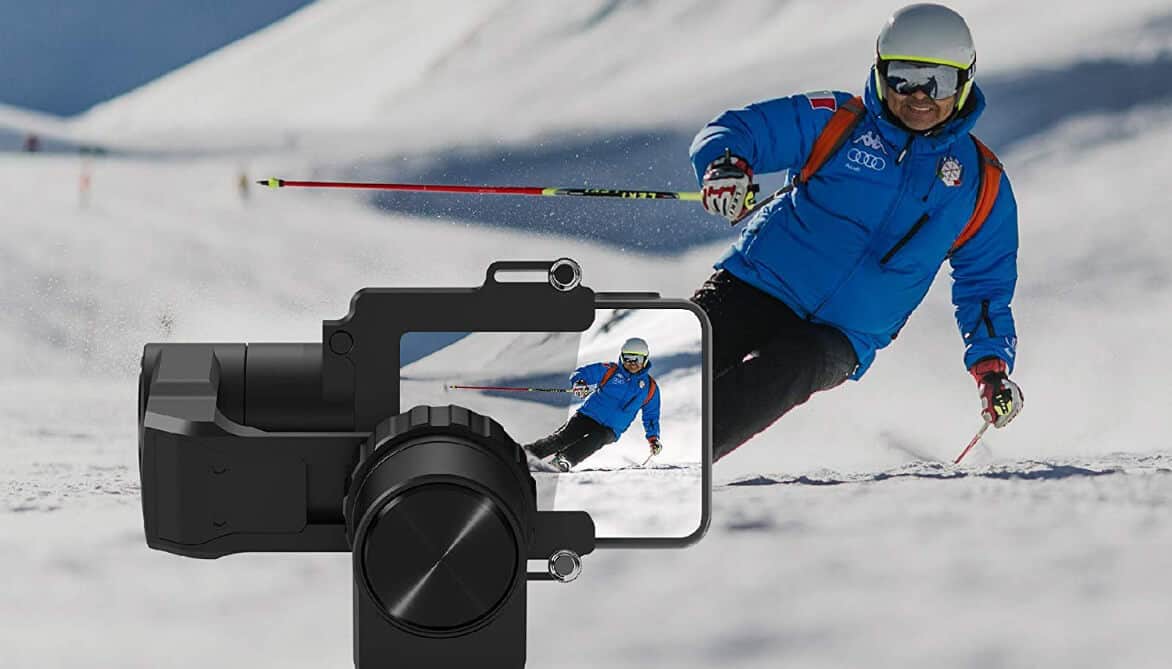 In terms of stabilization quality, this gimbal beats both the WG2 and EVO SS. Its motors are more responsive, which results in smoother and cleaner footage. Their speed can be adjusted in the app. The noise is barely noticeable, but if it still bothers you, use the GoPro wind filter.

However, the battery performance fails to impress, although it’s acceptable for such a small gadget. The 1500mAh battery is only enough for two and a half hours, and cold weather can decrease its runtime even further.

All in all, the WG2X is a step up from the previous model, which was already superior to most of its competitors. Downgrading from waterproof to splash-proof surely doesn’t sound like an attractive idea. On the other hand, this doesn’t actually change much, given that the WG2 was only waterproof to a certain extent.

If you already have a WG2, I wouldn’t recommend replacing it with the newer model unless you are really inconvenienced by the old arm design. However, if you’re a new buyer choosing between these two, you should definitely go for the WG2X.

In RightChoice’s opinion, the Feiyu WG2X is one of the best wearable GoPro gimbals on the market due to its affordability and high-quality stabilization.

If you are still looking for the best handheld gimbals for GoPro, I recommend you to check out this page with the selection of the most impressive stabilization devices